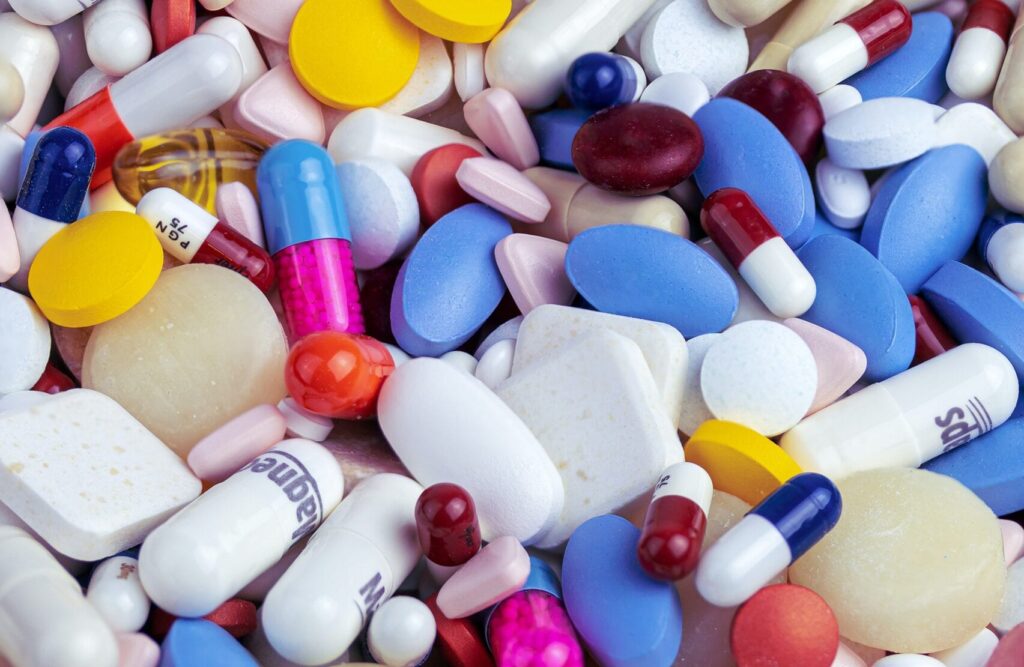 It comes as no surprise that over-the-counter (OTC) and prescription medications are frequently used inappropriately. Inappropriate use refers to the misuse and abuse of the drug. The reasons for abuse or misuse are attributed to the drug’s potential to cause dependence and tolerance. Amidst other medications, opioid analgesics are a global threat due to their increased use as a recreational drug hence, they are available on prescription only.

However, some opioids such as codeine are combined with analgesics such as paracetamol and ibuprofen and are made available as an over-the-counter medication for the relief of mild to moderate pain and this combination poses a risk of abuse, and hence the sales of such drugs should be regulated and monitored.

Co-codamol is an analgesic (pain-relieving) medication used to treat mild to moderate pain. It is a combination of paracetamol (acetaminophen) and codeine. It is used for the short-term treatment of headaches, toothaches, muscular pains, and migraines. Co-codamol is used when other pain medications have not been effective in relieving the pain.  The brand names of co-codamol is Kapake, Solpadol, and Tylex.

Co-Codamol Addiction UK and Side Effects of Abuse

Paracetamol also known as acetaminophen, is a non-narcotic analgesic and antipyretic. Antipyretics are medicines that are used to relieve fever (pyrexia) by acting on the part of the brain that regulates temperature and consequently, maintains a normal body temperature. Paracetamol is a suitable substitute of NSAIDs for those patients with gastric complaints or risks, in those whom a prolongation of bleeding time is not desirable, as well as those who do not require the anti-inflammatory action of NSAIDs.

Codeine is a naturally occurring opioid. It is a weak analgesic as compared to morphine and should be used only for mild to moderate pain. As it belongs to the opioid class of drugs which are narcotics, codeine possesses a heightened risk of drug dependency and abuse. Codeine is commonly used in combination with other analgesics such as paracetamol for the management of pain. Codeine is further used as a cough suppressant at doses that do not cause analgesia.

Co-codamol comes in the form of tablets and capsules. They are taken orally with water. It also comes in a tablet that you can dissolve in water and drink.

Co-codamol comes in three strengths in the market as per NHS guidelines.

All three strengths contain 500mg of paracetamol and varying doses of codeine.

You can take any strength of 2 tablets of co-codamol, four times a day. It is imperative that you take a 6-hour gap in between your doses. The maximum dose for an adult aged above 16, is 8 doses of co-codamol. You should not double the dose or take co-codamol with increased frequency if the pain is not relieved because if you take more than the maximum dose you are at a risk of facing the potential side effects of co-codamol which will be discussed ahead.

It is advised that you should not take co-codamol for longer than 3 days if you have taken the drug from the pharmacy as an over-the-counter medication because co-codamol has the potential to cause dependence and abuse. If you have a prescription from your General Practitioner (GP) then use it as per their recommendation to minimize the risk of side effects.

You can take co-codamol with or without food as the drug shows no significant interaction with food. However, you need to be mindful of the presence of alcohol in the products and drugs you use. For instance, mouthwashes and certain cough, and cold medicine contain alcohol and co-codamol should not be used concomitantly with alcohol since the codeine in the drug can interact with alcohol, resulting in deleterious consequences.

Since co-codamol is a combination drug containing paracetamol and codeine so the mechanism of action is of both the drugs combined.

Paracetamol acts by inhibiting the synthesis of certain chemicals in the body called prostaglandins which are involved in the perception of pain. Prostaglandins are responsible for increasing the sensitivity of pain by reacting with the nerve cells. It’s not wrong to say that prostaglandins alter the pain threshold and their inhibition by the action of paracetamol alleviates the sensation of pain thus providing relief.

Paracetamol is rapidly absorbed by the gastrointestinal system and is metabolized in the liver. One of the metabolites (breakdown products) of paracetamol is highly reactive and can cause liver damage. Hence, paracetamol overdose should be avoided to prevent significant damage to the liver.

Similarly, codeine also goes into the liver and hepatic enzymes convert codeine into morphine. It exerts its effect by interacting with the opioid receptors present on the membranes of certain cells in the central nervous system and other parts of the body such as the gastrointestinal tract, and the urinary bladder. It acts by inhibiting the transfer of pain signals across the body. It further creates a powerful feeling of contentment and well-being by acting on the dopamine receptors and this action of codeine has led to its use as a recreational drug for getting ‘high’ and it further promotes dependence even in those who are taking it for medicinal purposes.

The time a drug stays in your system is calculated by its half-life. Half-life is the time required for the drug to reduce to half its dose. You need to acknowledge the fact that the time taken for the drug to be eliminated from your body depends on a multitude of factors which include your age, your health, your dosing status, and the duration of time since you are taking the drug along with your other drug history. So the time for removal of the drug varies from individual to individual.

Paracetamol (acetaminophen) has a half-life of 1.25 to 3 hours and it roughly takes 20 to 24 hours to be eliminated in a person who has an optimally working liver and kidneys. In individuals with liver damage or kidney problems, it will take longer for the drug to be removed from the system.

Although co-codamol, owing to the presence of codeine, and alcohol are both central nervous system depressants, yet they both act on different parts of the brain. Codeine in co-codamol act on the opioid receptors in the brain and increases the release of dopamine and inhibits its uptake thereby creating a feeling of reward and slowing the brain’s functioning. Moreover, alcohol works in a similar way but it acts on the GABA receptors thereby, increasing the release of neurotransmitters, which results in depression of the central nervous system, and produces a sedative effect along with a feeling of euphoria.

Since codeine and alcohol both depress the central nervous system so their concomitant use is prohibited. You should not drink alcohol when taking codeine in any form may it be as a cough suppressant, or as an analgesic combined with paracetamol (acetaminophen) as is the case in co-codamol because of the potential for serious complications. However, the greatest risk in mixing alcohol and co-codamaol is the potential of overdosing on the two substances which can be fatal.

Some side effects of alcohol and codeine are listed below:

Some people may not know about the risk of mixing co-codamol and alcohol and they might take the drink soon after consuming a drug dose. Whereas, some people take alcohol on purpose after taking co-codamol just to experience the sense of pleasure and to achieve a ‘high’ by combining the two depressants, not knowing that an overdose can take their life. When codeine and alcohol combine, they do not just slow down the central nervous system, rather they depress the respiratory system and the person may have difficulty breathing and you will observe him taking shallow breaths.

This will deprive the blood of maximum oxygen saturation needed by the vital organs especially the brain, and the heart to function smoothly. As a result of combing co-codamol and alcohol, brain damage ensues resulting in death. Furthermore, the heart rate decreases, and the blood pressure drops making a person go into a coma.

Moreover, the interaction of alcohol and paracetamol in the co-codamol tablet is not safe either. It is advised not to drink excessively while you are taking co-codamol because both paracetamol and alcohol are metabolized by liver enzymes. An overdose of one results in toxicity of the other. Paracetamol is metabolized by glutathione and so is alcohol. When someone overdoses paracetamol and alcohol simultaneously the glutathione reaches its maximum limit of oxidation.

As a result, alcohol, and paracetamol build up in the liver, unable to be metabolized. This results in hepatotoxicity commonly referred to as paracetamol poisoning but in the case when excessive alcohol is consumed it is the alcohol that has weakened the liver such that it is not able to metabolize paracetamol effectively. The liver is damaged beyond repair owing to the accumulation of the toxic substances, in this case, co-codamol and alcohol, and presents as yellowish discoloration of the skin called jaundice accompanied by nausea and vomiting.

Side effects of using paracetamol and alcohol together include:

There is a potential for addiction in co-codamol due to the presence of codeine in it which is a narcotic and can cause dependency.

If you are taking co-codamol under medical supervision you are unlikely to get addicted but if you start taking doses more than prescribed or with a lesser interval between two doses, then you are at the risk of co-codamol addiction.

The reason for the addiction is the codeine component of the drug and many people often use it to get ‘high’. People even mix co-codamol with alcohol to strengthen the effect of sedation and euphoria.

There has been a survey in Cornwell and Devon in the UK, about community pharmacist perception about misuse and abuse of co-codamol. The results showed that 84% of the pharmacist did not routinely recommend co-codamol for pain relief. Of these, 38% actively avoided recommending co-codamol for pain relief due to awareness about the addiction and abuse profile of the drug. 94% of the pharmacist who responded, offered alternatives to co-codamol during the over-the-counter sales. The results further showed that pharmacists who had received training with co-codamol abuse knew where to refer customers when they needed abuse support.

Thus, it shows that co-codamol has the potential for abuse and even people who are using it for medicinal purposes should be monitored as they may develop a dependence on the drug after prolonged use.

Thus, it shows that co-codamol has the potential for abuse and even people who are using it for medicinal purposes should be monitored as they may develop a dependence on the drug after prolonged use.

If an individual has any of the following conditions they should not use co-codamol:

If you have any of the aforementioned conditions, you need to consult your doctor and avoid taking co-codamol due to the risk of potential side effects.

Along with benefits, each medicine has a plethora of side effects and co-codamol also has a list of adverse reactions that should be noticed and taken action of while using this drug. You need to be aware of the fact that the side effect profile varies from person to person.

Following are some of the side effects of co-codamol:

No, it is advised that you do not drink alcohol with co-codamol due to the wide range of adverse effects that result from the use of the two together. This is because codeine and paracetamol both are negatively associated with alcohol. You can wait a few days after taking co-codamol to know how codeine will affect you. If co-codamol makes you sleepy there is a high chance that taking alcohol with the drug will increase the sedation hence, it is best to avoid the concomitant use of alcohol and co-codamol.

It is best to wait for 24 hours after your last dose of co-codamol before drinking alcohol as this is the time required to remove the drug from your system.

This will prevent the interaction of alcohol and co-codamol and reduce the risk of dependence and drug abuse.